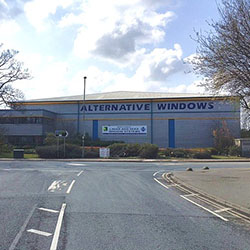 Alternative Windows is one of the largest window and door manufacturers and suppliers in the North of England, with over 100 staff at its Leeds headquarters and 12 teams of fitters. Founded in 1988 by Directors Nigel Fletcher and Darren Barraclough and initially focusing on the trade and retail markets, the company has seen a marked shift in the split of its work over recent years – with commercial work now reaching around 70% of its overall revenue.

Alternative Windows have ongoing relationships with local councils, architects and developers, as well as installing directly for the general public